The Scholar, The Philosopher & The Soldier – Part I

Published in Sanctum, the Undergraduate Journal of Religion at Columbia University, Fall 2010

The author is a freelance writer from Pakistan, based in New York City. She wrote this story as an undergraduate at the Lahore University of Management Sciences for a class on “Islamic Spirituality”. The story is set in the Golden Age of Islamic civilization, sometime during the Abbasid Caliphate (between the 9th and 12th centuries), and is a parable for three different approaches to Allah, The Divine Being, in classical Islamic tradition. 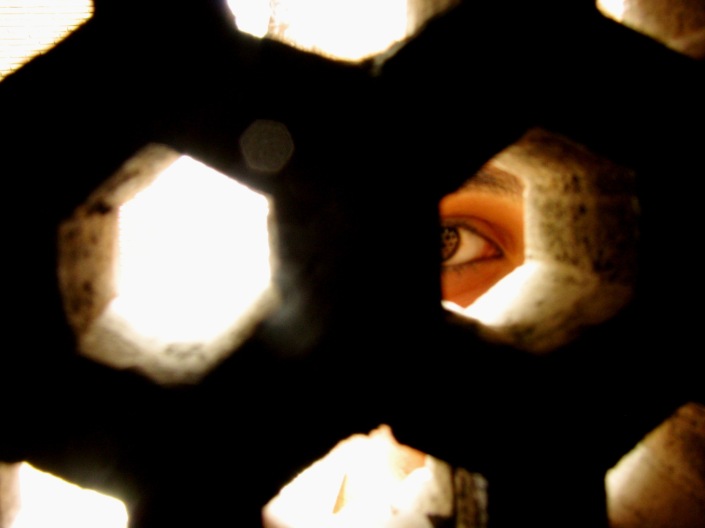 Three people – a scholar, a philosopher and a soldier – were journeying together through a desert. When night fell, they pitched camp and set about preparing a meal. The soldier ate little, quickly washed up, and hastened to his ‘Isha [1] prayer – “For the night is beautiful, my Lord, and though the toil of the day and the heat of sun distracted me from Your remembrance, I long now to surrender to You in complete peace and oblivion.”

The scholar was still in the middle of his meal – traveling always made him hungry – but when he saw the soldier get up to pray he guiltily hurried to join him – for, “God is no doubt displeased with me, insolent carnal man that I am, and if I cannot be constant in even my daily prayers, what else is there to save me from Hell-fire?”

Meanwhile, the philosopher contentedly ate his fill as well as the scholar’s leftovers, ruminated to himself upon the restorative qualities of good food, and went straight to bed – for, “Food and sleep are truly bounties of Nature, the great restorers of man, and I would not disclaim Nature’s rights over my body as do these two simple fellows, who think a ritual prayer is something they owe to God. I owe God nothing, for God needs nothing, least of all a show of my gratitude, which I nonetheless feel for Him in my heart. Surely that is what He really looks for!”

The next day, some time in the afternoon, the three travelers were overcome by a violent sandstorm. As the winds whipped around them and the skies whirled with gold, the scholar fell on his knees and cried, “Ah, this is indeed the end of us! We are sinners, and wicked, and perverse, and God has finally decided to mete out His Justice. Pray for salvation!”

The philosopher looked amused, and remarked, “There’s no need for that, my good man. Do you honestly believe the Almighty is at all concerned with the lives and particulars of little people like you? I daresay He doesn’t even know you exist, or that this silly little storm in this obscure little desert is even taking place. So if you ask me, the most sensible thing to do, is nothing.” With that, he drained away the last drops of water in his drinking gourd, wrapped his cloak tightly around him, and settled down on the ground.

The soldier, meanwhile, closed his eyes and, and spoke softly to himself, “O Lord! If this be the end You have ordained for me, then let it come – I am not afraid, for I trust in Your Everlasting Mercy and Forgiveness. Yet my heart tells me this is not the end, and just as You brought this storm upon us, so will You see us through it. I trust You.” And he joined the scholar in prayer.

Soon enough, the storm passed, the skies cleared, and the three travelers could continue on their journey.

Unfortunately, they were lost. The storm had wholly altered the face of the desert, no landmark was familiar, and they had misplaced their only compass.

“Well, this is a pretty mess,” the philosopher grumbled. “Which way do you think we ought to go?”

The scholar was in agonies. “What does it matter now?” he moaned. “Our fate has been sealed. Curse the day I decided to embark on this insane trip! What am I doing here, in this wild Godforsaken place, when I should be sitting in my study in Baghdad finishing a treatise on Islamic Familial Law? The sultan expects to see it in a fortnight. What if I perish before that? Humiliation! God, You are cruel!” And he wept bitterly.

The scholar was a city-dweller, and had never before set foot in the desert. The fact is, he was mortally afraid.

It was left to the soldier to decide what they should do. He was accustomed to hardship, being accustomed to war, and he loved the desert. “I feel this is a sign,” he said to his companions. “We’ve been diverted from our original path for a purpose – I see in it God’s Will. We shall head in that direction,” he gestured East, “for the wind has carried to me the scent of smoke, and we may find there a village.”

The philosopher shrugged. He didn’t care one way or the other. His mind was too pre-occupied with Aristotle. “Really, I find this place rather distasteful,” he said to himself. “And the company! One cannot get a word of sense out of these two. Well, it is a test of my character, of my superior mind, and of course I shall endure it. But al-Farabi [2], you would be proud!”

They followed the soldier. By sunset, they had reached a small oasis. Their eyes sparkled at the sight of the rich green date palms, the fresh, clear water. It looked like Paradise. 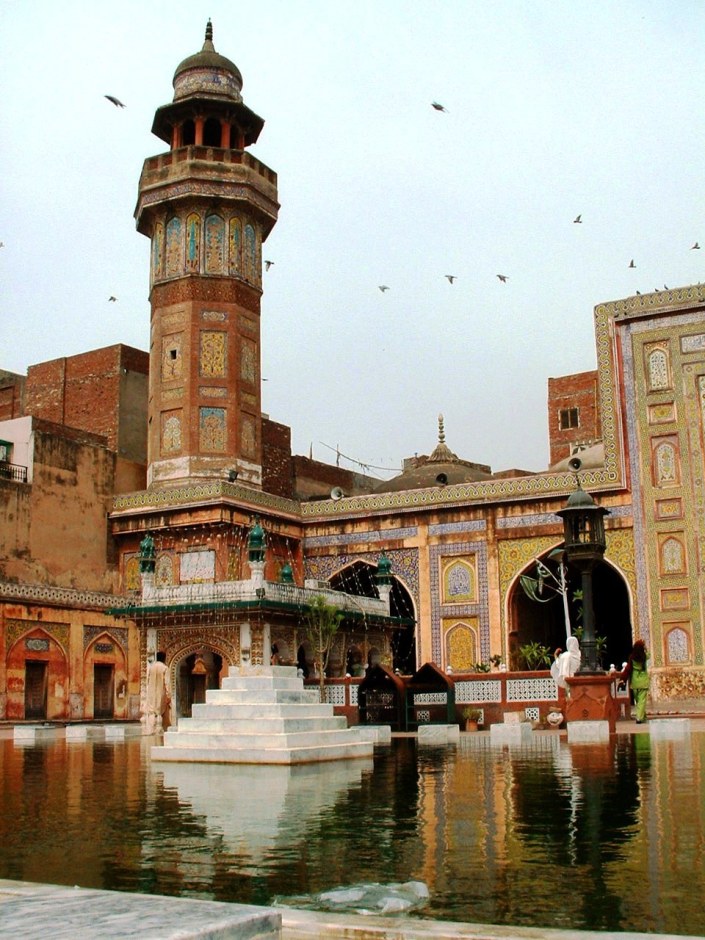 “Well, if you two don’t mind, I’m going to take a dip in that lovely looking pool,” the philosopher announced. “I think we deserve some relief after such a dreadfully grueling day!” But his plans were rudely interrupted by three black forms that suddenly descended upon him from the darkness.

In a twinkling the scholar, philosopher and soldier found themselves bound behind their backs and confronted by three menacing bearded faces.

“Who are you? What are you doing in our oasis? Who sent you here? Speak!”

The philosopher was ready to fall upon the three men, outraged at the foregone dip. The scholar seemed to have fainted. But the soldier replied, in calm, firm tones, “We are travelers, and we lost our way in the storm. We come in peace, only to ask of a few provisions for our journey. We shall depart at daybreak.”

The three assailants seemed somewhat reassured. “Very well then – you look like a man of honor, and we take your word. But you must come now to see our Shaykh[3], who administers all the affairs of this village.  He will decide what is to be done with you.”

The Shaykh was an aged man, but his eyes shone with youth and wisdom. “We don’t often get strangers in this village,” he said, looking keenly at the three travelers, “so this is quite an event. However, I will let you go, as soon as you each answer three questions for me.”

“First,” the Shaykh began, “What is it, in one word, that you value most in this world?”

The scholar, who had just revived from his stupor, replied almost instantly: “Life!”

The philosopher, pondering a while, and wishing to appear the most intellectual, answered: “Knowledge!”

“Second,” said the Shaykh, “What is it, in one word, that you fear most in this world?”

“Insanity”, the philosopher could not conceive of it.

“God”, the soldier, in a quiet voice.

“And lastly,” concluded the Shaykh, “If there was one thing you could attain in the world, anything at all, what would it be?”

This required some thinking. The scholar, feeling suddenly shameful that he had not mentioned the Almighty in any of his answers, declared: “I would like to be the greatest Islamic scholar in the world, and bring glories to my God and my religion through my works.”

The philosopher said, dreamily: “I would like to discover all those secrets of rationality and reason that even the Ancient Masters were unable to discover – to conclusively prove that there is nothing more powerful in this universe than the human mind!”

And the soldier, thoughtfully, and after a long time, said: “God”.

The philosopher and scholar gaped at him incredulously. They were both thinking – “This soldier really is mad. What in the world does he mean? How can he fear, love and desire all at once?”

And then the Shaykh finally spoke, addressing each of them in turn.

“He considers himself an authority on the Holy Book, an exemplar of the laws and letters of our great faith, yet never in my life have I met somebody as cowardly and ignorant as this scholar.

“He thinks he is above the worldly concerns of other human beings, and that that makes him privy with God, yet never in my life have I met somebody as conceited and covetous as this philosopher.

“And him? He considers himself an ordinary man, a man of faith but with weaknesses and faults like any other, yet never in my life have I met somebody as strong, brave and wise as this young soldier.

“You, scholar, are forbidden to leave this desert until such a time you are purged of your empty book knowledge, learn to listen to the universe, and find inner wisdom.

“You, philosopher, are commanded to a life of asceticism in our village seminary, where you will teach young students and live on bread and water till such a time your pride allows you to beg for your food.

“And you, O soldier, I need not counsel. You are free – you always were. Go.” 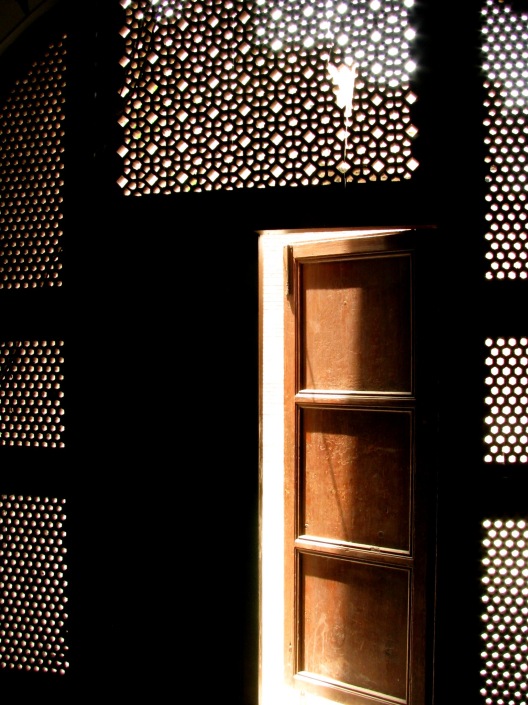 Read Part II of this story, Salar and the Sufi

[1] Isha is the nighttime prayer, last of the five daily ritual prayers in Islam.

[2] Known as Alpharabius in the West, al-Farabi was a medieval Muslim philosopher, sociologist, scientist and Aristotelian logician, recognized in the Muslim world as a “Rationalist”, together with Avicenna and Averroes.

[3] Shaykh is an honorific Arabic term for “elder” or “wise man”, used in Sufism for a spiritual teacher and guide.

4 thoughts on “The Scholar, The Philosopher & The Soldier – Part I”

So good mashaALLAh… thought provoking… i agree with Baba

Indeed an inspiring and thought provoking story. The point rendered is that in spite of all our philosophical thoughts and scholarly knowledge, even as the “master creation” of the Creator, we cannot fully comprehend God’s ways, or our pre-ordained, (or is it self formulated) destiny. The philosophical outlook of the soldier was to use his courage, strength and knowledge, but put full reliance on God. He clearly was all three, a philosopher, a scholar and a brave warrior. He saved all three from certain death.

Nice write but I agree with hitmewiththeax!

I would argue that the soldier isn’t free. Yes you could say on an Aristotelian sense that the fewer choices we have the freer we are. I think ‘god’ is too comforting though, too convenient. It doesn’t make us free at all, it binds us to certain parameters, where our only answer is god (ex. a natural disaster is ‘god’s will’ or god is the source of our morals because god isn’t a solid foundation).

Ultimately the soldier is right for not fearing death, but he is not right in his aims. Nobody should be that unquestioning towards anything, especially something as heavy as god.